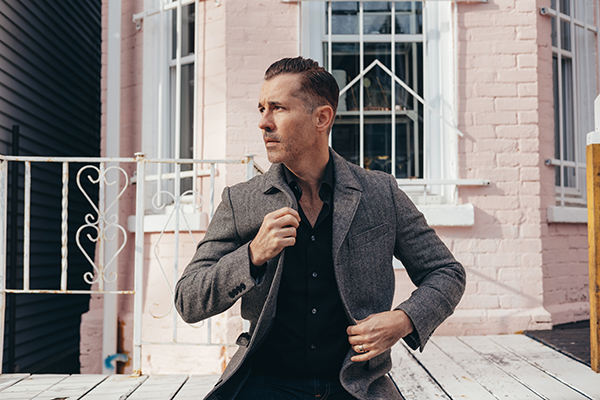 Over the course of the last decade or so, Canadian singer/songwriter/multi-instrumentalist Royal Wood has been traveling the world with the goal of delivering his music to anyone and everyone who will listen.

The Toronto-based artist’s unique folksy mix of heartfelt and harmonic compositions have been reaching the hearts of a growing number of audience members with each passing year as he continues on his never-ending musical journey.

But through the thousands of miles of peaks, valleys and everything in between, he has one place he always returns to and calls home — and it’s a place that most Iowans are very familiar with: a farm.

“I own 100 acres that I have an organic farm on, and my house and studio are there, too,” he said. “It was a cattle farm that was owned by my family when I was a kid. I think being home on the farm is something that I’ve come to appreciate even more as I’ve grown older.”

Although Wood’s Friday, Oct. 11 performance at the Temple Theater in Des Moines will be his first venture into the capitol city, the outlying city surroundings should make him feel right at home, he said.

“I’ve done a lot of touring of the Midwest the last couple of years, but haven’t been to Des Moines,” he said. “I’m looking forward to bringing my upright bass player, a guitar, piano, ukulele, a lot of harmonies, and some stories that go along with the songs.”

The 2010 iTunes Songwriter of the Year and multi-JUNO Award nominee has been busy of late preparing for the tour, the release of his “Royal Wood - Live at Massey Hall” album, and trying his hand at something new, the creation of a soundtrack to accompany a short film.

“I’ve always wanted to get into the soundtrack world,” he said. “It’s fun and exciting to get to compose from the ground up, and this is a good way to get my feet wet. I’m enjoying it.”

If that isn’t enough, Wood is also halfway through the process of composing an entirely new studio album as well, which he hopes to have completed by Christmas-time.

The seemingly breakneck speed at which he operates artistically is a product of simply living life, he said.

“All my inspiration for music comes from life, and what I’m experiencing and have lived and learned,” he said. “Sometimes music comes through me when I’m not thinking about it all, and you just kind of capture lightning in a bottle. And other times you have to dig and dig and dig. You have to break some eggs to make an omelet.”

Raised in a family of five children, the musical passion his father and siblings shared with him as an impressionable youngster helped make him what he is today.

“I was surrounded by instruments in the house,” he said. “It was like my candy store. I didn’t want to join the hockey team; I wanted to sit in my room and play music.”

At the place that he still calls home: the farm.

“There’s about 25 acres of forest and valley and a pond, which has trout stocked in it,” Wood said. “I love it. It’s Heaven on Earth.”