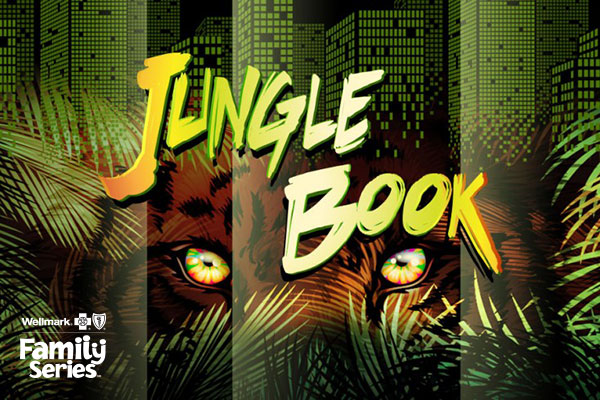 DES MOINES, Iowa – Des Moines Performing Arts is pleased to announce single tickets to Jungle Book will go on sale Friday, Oct. 4, 2019. Tickets can be purchased starting at 9 a.m. at DMPA.org, the Civic Center Ticket Office, or by calling 515-246-2300. The first show in the 2019-2020 Wellmark Family Series, Jungle Book, features two performances on Saturday, Nov. 16, 2019 at the Des Moines Civic Center: a public performance at 11 a.m. and a sensory-friendly performance at 2 p.m.

From the creators of Twenty Thousand Leagues Under the Sea comes a new theatrical adaptation of Rudyard Kipling’s “The Jungle Book,” re-imagining the classic stories through modern eyes to transport audiences to the world’s jungles. Using a rich sound-scape and immersive multimedia, Jungle Book will feature your favorite characters like you’ve never seen before, and will delve deep into the original themes of the story, and our relationship to the animal kingdom.