Pat Hazell's Permanent Record is coming to the Temple Theater 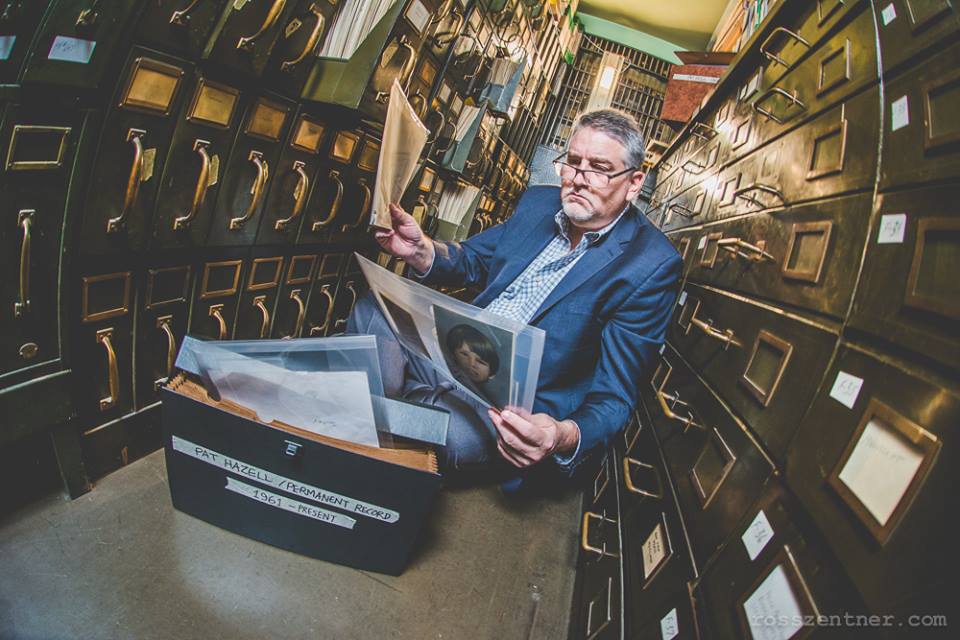 So much so that the man once declared by Showtime as one of the five funniest people in America has chosen to world premiere his one-man comedy show, “Permanent Record,” in Des Moines’ Temple Theater Dec. 3-22.

“I’m really grateful to the people in Des Moines for believing enough in me,” Hazell said in a recent phone interview. “I love the midwestern audiences. They get it.”

The “it” is Hazell’s unique brand of humor, which has brought him to the capitol city on multiple occasions previously with his “My Funny Valentine” and “The Wonder Bread Years” productions. His lengthy and impressive resume also includes the fact that he was a co-creator of a popular NBC sitcom that you may have heard of — Seinfeld. Yes, THAT Seinfeld.

But Hazell’s return to the heartland will be a little different this time around, he playfully warned. In other words, don’t expect “The Wonder Bread Years Part II.”

“It’s like ‘The Wonder Bread Years’ was the safe zone when a child is starting to walk, where you put bumpers on all the corners around the house,” Hazell equated. “With ‘Permanent Record,’ there’s no sneeze guard on the salad bar. Anything could happen.”

The premise of Hazell’s new comedy show is based on one of the great fears of mankind — our permanent record. The recordings, documentations and informational footprints we’ve left.  Or in this case, that Hazell has left.

For accuracy’s sake, Hazell hired a professional opposition research team — most known for their skullduggery work during political campaigns — and asked the team to look into his past. His instructions were simple: Anything that exists on the public record, he wanted it brought to him for discussion.

“I want to be as honest with the audience as I can,” Hazell said. “It was a good exercise. I went to Mom and asked her to send me everything she had. I went to the hospital, the junior high, the high school, to see what they had on record.”

The marks on Hazell’s permanent record began to manifest themselves at early age. A self-described instigator of sorts, he often good-naturedly prodded others until he found the sweet spot that would get a reaction or action.

“The class clown will run naked across the football field, whereas the class comedian is the one who puts him up to it,” Hazell said. “That was me. I would think of things and motivate them to do it.”

Hazell has his then-next-door neighbor, Mrs. Gibbons, to thank as well. One innocent day at the supper table, a 10-year-old Hazell, his five siblings, and rest of the family gathered for their usual meal. That is, until Hazell concocted a made-up announcement and chimed in.

“I remember saying that Mrs. Gibbons was having an affair with the milkman,” he said. “Everyone stopped and looked, and I was like, ‘Oh, I have your attention.’ It became the catch phrase in our house for years if you needed to settle everybody down. You’d say that, and then you had the floor.”

Expect “Permanent Record” to continue Hazell’s boundary-pushing ways. The exploration of the reasons people do the things they do — and say the things they say — is fascinating, he said.

“I used to tear the mattress tags off, not just at home, but at hotels, because it said ‘Do not remove under the penalty of law,’ ” he said. “I kept thinking, ‘I wonder if they’re going to get me?” I would use them as bookmarks. I’ve saved enough of them now that I think I’m just going to make a whole quilt.”

It’s all part of his permanent record Hazell will humorously share with audiences in December.

“I’m hoping that it’s a fun night out and we can hold a mirror up to ourselves as human beings and give the gift of saying, ‘Your legacy is safe as long as you’re the one in charge of your permanent record.’ ”

Pat Hazell's Permanent Record will be at the Temple Theater Dec. 3-22. Tickets available at https://desmoinesperformingarts.org/events/pat-hazells-permanent-record/