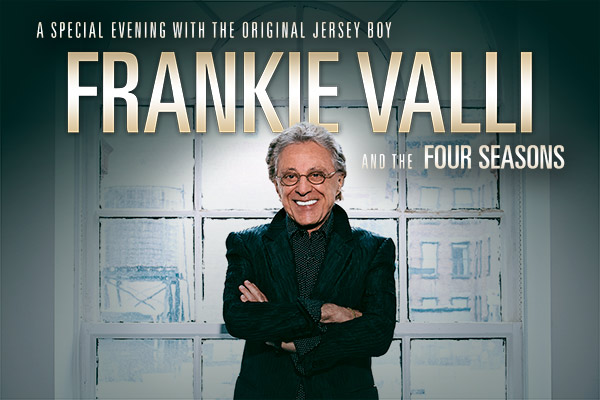 DES MOINES – Des Moines Performing Arts, Danny Zelisko Presents, and One Eleven Productions welcomes the legendary Frankie Valli & The Four Seasons at the Des Moines Civic Center on Friday, October 23rd at 7:30 p.m. Tickets for reserved seating starting at $55.50 go on sale on Friday, February 21, at 10 a.m. and can be purchased at DMPA.org, the Civic Center Ticket Office, or by phone at 515-246-2300.

About Danny Zelisko Presents: Danny Zelisko has been bringing shows to the Southwest since 1974.  He founded the legendary Evening Star Productions starting in 1976, helping make the Southwest a viable stop on most contemporary tours and producing thousands of shows over the years.  After years of practice, DZP promotes about 150 shows annually around the nation. For more information: www.dannyzeliskopresents.com

About One Eleven: Scott Gelman, President of One Eleven Productions, has produced and promoted events, both public and corporate as the VP of Talent at two of the largest Live Entertainment companies in the country. Scott has produced and promoted such notable talents as The Rolling Stones, U2, Billy Joel, Elton John, Dave Matthews, Jerry Seinfeld, Madonna, Jimmy Buffett and many others. For more information: www.oneelevenprod.com.