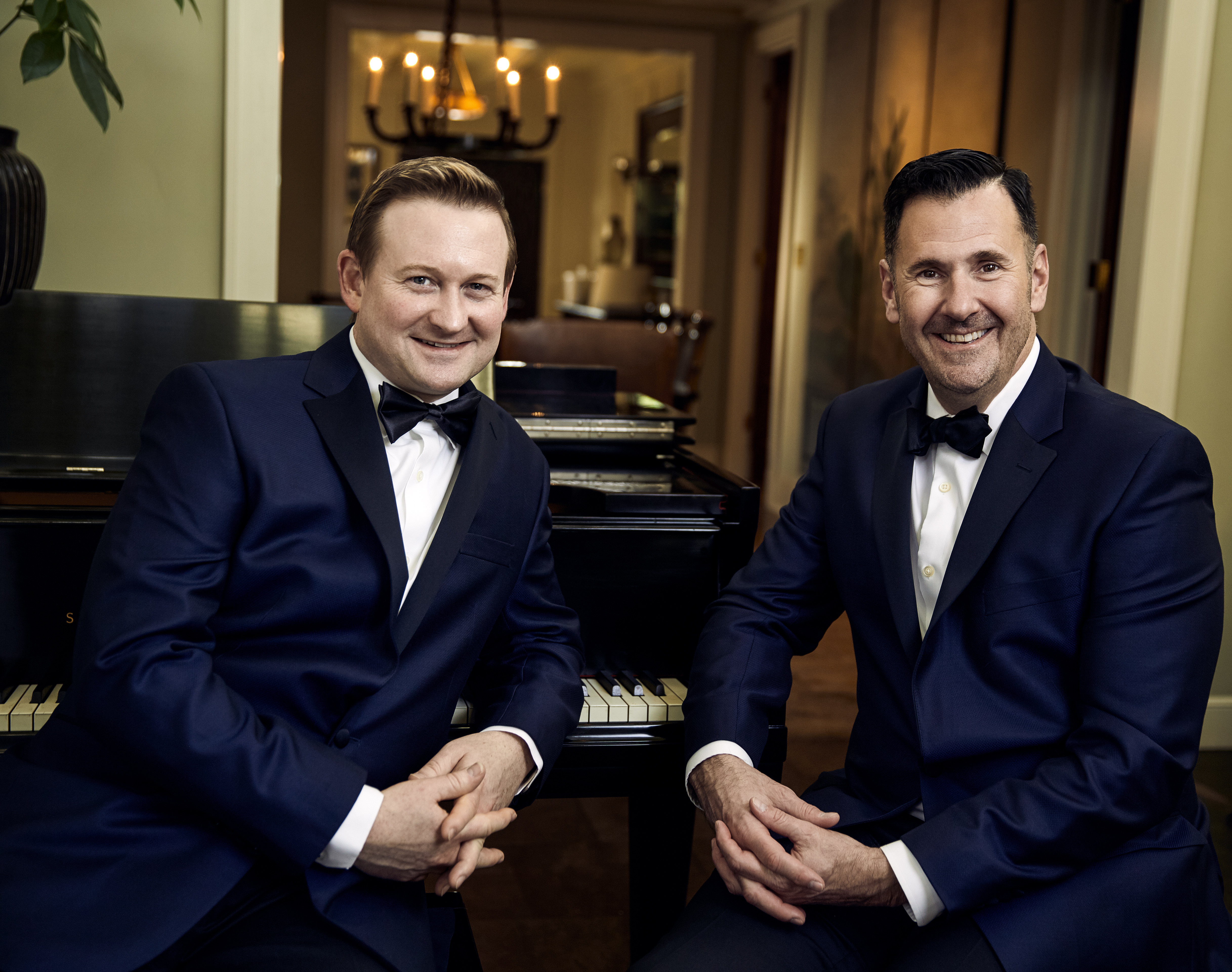 DES MOINES, Iowa – Des Moines Performing Arts is pleased to announce that Live at Royal Albert Hall [Revisited]: The Everly Brothers Reunion Concert will take the Temple Theater stage for two performances on Friday, April 3, 2020 at 7:30 pm and Saturday, April 4, 2020 at 5:00 pm. Tickets to the concert will go on sale Friday, Dec. 13, 2019 and can be purchased starting at 9 a.m. at DMPA.org, the Civic Center Ticket Office, or by calling 515-246-2300.

“Live at Royal Albert Hall [Revisited]: The Everly Brothers Reunion Concert,” a re-creation of the iconic 1983 reunion concert featuring award-winning recording artists Lee Lessack and Johnny Rodgers. Lessack and Rodgers will perform all the masterpieces heard that night, include “All I Have to Do Is Dream,” “Devoted to You,” “Bye Bye Love,” “Cathy’s Clown,” “Wake Up Little Susie” and many more.

After a decade of not speaking to each other, British guitarist Albert Lee was able to bring the Everly Brothers back together in 1983, for what he thought would be a one-off concert at London's Royal Albert Hall. That the reunion lasted for another 26 years was an unexpected, but pleasing, bonus.

LEE LESSACK’s graceful Lyric baritone vocals and sophisticated and engaging persona have made him a shining star on the international concert scene. Billboard Magazine calls his singing “vocal romanticism of a high order.”

He has toured extensively in the United States and Europe and has released eight recordings since 1995, the latest being “Live in Central Park [Revisited]: Simon and Garfunkel” with Johnny Rodgers. His repertoire includes favorites from the classic and new American Songbook, as well as French artists such as Aznavour and Piaf. In 2005, he released In Good Company to great acclaim. Intimate and impeccably produced, the album features outstanding duets with music notables such as Michael Feinstein, Maureen McGovern, Amanda McBroom, Ann Hampton Callaway and Stephen Schwartz. In Good Company earned a MAC and Bistro Award for Best Recording of the Year. For a discography, visit: https://tinyurl.com/y7nmndtm

In 1996, Lessack founded LML Music (www.LMLmusic.com), which now has a catalog of over 100 of the country’s top live recording artists and performers. In 2008, he founded LML Music Presents, representing performers for concert bookings internationally. His clients include theater icon Chita Rivera as well as songwriter, Amanda McBroom and jazzbird, Jane Monheit. (http://lmlmusicpresents.com)

JOHNNY RODGERS is an internationally celebrated singer-songwriter, pianist, Broadway veteran, and recording artist who is described by Stephen Holden, from The New York Times, as an entertainer “who has show business in his bones” with “fused elements of Billy Joel, Peter Allen and Johnny Mercer.”

As an Ambassador of American Music, Johnny Rodgers dazzles audiences with his Americana mélange of original songs and classic favorites. He tours for the US State Department to places such as the Middle East, North Africa, Southeast Asia, and the Pacific Islands. Rodgers has toured Russia and performed with the Moscow Symphony Orchestra, with Igor Butman and his Jazz Orchestra as well as for the US Embassy Independence Day Celebration and the Grodno Jazz Festival in Minsk, Belarus.

Rodgers has been Music Director and accompanist for Liza Minnelli performances and tours and starred in and wrote the song “I Would Never Leave You” for Liza’s Tony Award®- winning Liza’s At The Palace, filmed and released by PBS television. Johnny has earned New York’s Nightlife, Bistro and MAC awards for his critically lauded performances at Carnegie Hall, Lincoln Center, Jazz At Lincoln Center, Oak Room at the Algonquin Hotel, Feinstein’s at Loews Regency, and other premiere clubs. His songwriting has been recognized with Billboard and ASCAP Foundation awards. Visit http://johnnyrodgers.com.