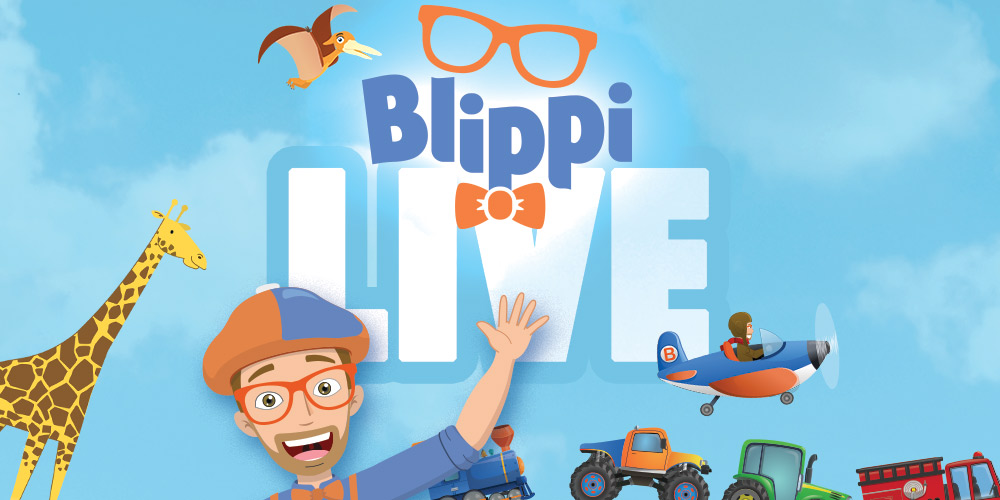 Today, children’s YouTube sensation Blippi announces the first-ever tour across North America. Blippi Live! is set to bring the vivacious, energetic, and educational children’s character from the screen to the stage for an all-ages extravaganza of fun, dancing, singing and meeting amazing new friends onstage. The tour kicks off in San Antonio Texas’ Tobin Center and will see Blippi traverse the South and East Coast from Texas to Canada.

Blippi’s first tour will bring the fun and antics of his beloved adventures to the stage, to provide an interactive, family-friendly show unlike anything else out there. Blippi’s appeal lies in his wonder, in the way he looks at the world— “wow, look at that! It’s a plane, a tractor, a fire truck and a train”— so expect plenty of fun and discoveries for the whole family. He’s taught millions of kids how to count, colors, letters, and much more. In just a few years since his inception, Blippi has become one of the most popular YouTubers worldwide, with over 200 million views per month and billions in total across 139 countries and 5.6 million followers.

ABOUT BLIPPI
Blippi, is an energetic and loveable character clad is orange and blue that jumps off the screen with his goofy mannerisms and friendly demeanor. He’s taught millions of kids how to count, colors, letters, and much more. In just a few years since his inception, Blippi has become one of the most popular YouTubers worldwide, with over 200 million views per month and billions in total across 139 countries and 4.1 million followers.

ABOUT ROUND ROOM LIVE, AN ENTERTAINMENT ONE COMPANY
Round Room is a live entertainment company that specializes in the production and promotion of live family entertainment, arena shows, concert tours, theatrical performances and touring exhibitions. In 2018, Round Room was acquired by global independent studio Entertainment One (eOne), industry leaders across the family and brand space. Over the last 10 years and now under eOne, the senior management of Round Room have served as the Tour Producer for Bodies: The Exhibition; Lead Producer of Rock of Ages, Executive Producer of Fuerza Bruta; Tour Promotor for An Evening with Oprah Winfrey and An Evening with Al Pacino; Jurassic World: The Exhibition; and most recently, Executive Producer of The Rolling Stones Exhibitionism, all while producing and promoting some of the biggest kids tours to date, including Yo Gabba Gabba Live and PJ Masks Live and Baby Shark Live! Current projects include PJ Masks Live! Save the Day Tour, Thank You Canada Tour, Rock the Rink Tour, which launches in October 2019, Mandela: The Official Exhibition, which launches in Berlin on October 18th, 2019, and Baby Shark Live! which launched its 3-Year World Tour on October 3rd.