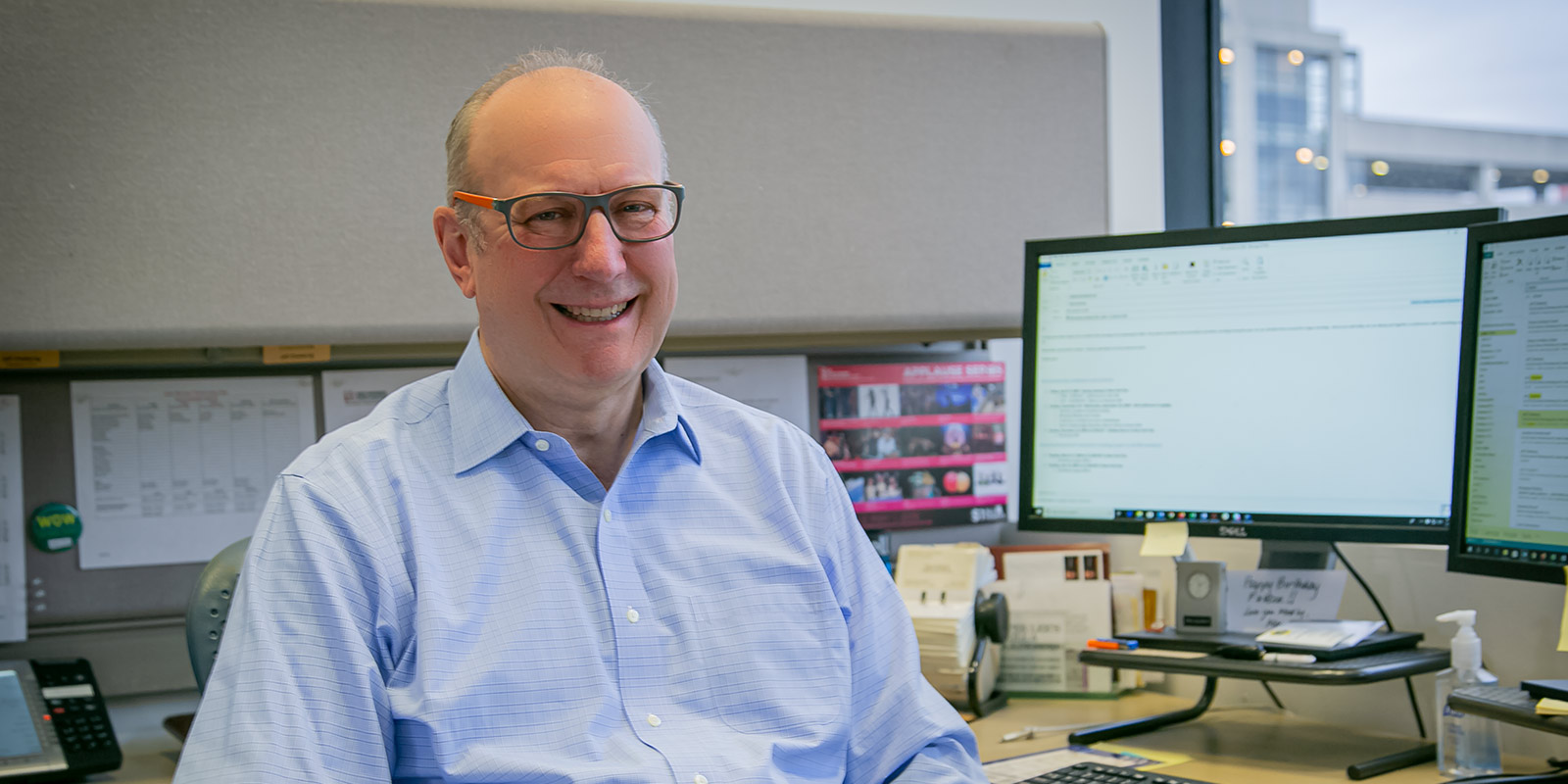 Twenty five years ago, this Belmond, Iowa native left the sunny shores of St. Petersburg, Florida with a song in his heart and big dreams to make Des Moines a leading destination for live professional theater.

And as they say in show business, he’s been a hit!

This month, we celebrate the 25th anniversary of our President and CEO Jeff Chelesvig.

Since Jeff first stepped into his then-role as General Manager of the Civic Center of Greater Des Moines January 9, 1995, his accomplishments are nothing short of breathtaking. Thanks to Jeff’s leadership, producers jump at the opportunity to make Des Moines an early stop for their national Broadway tours. We now operate four venues and program seven series. And with great pride, we serve 70,000 students and educators every year in our continually expanding Education program.

Throughout this month on Facebook, we’ll share a mix of behind-the-scenes moments as well as some of the bold steps Jeff has taken to transform what is now Des Moines Performing Arts into a world-class performing arts organization.

On behalf of the staff and Board of Directors of Des Moines Performing Arts, we congratulate Jeff on a blockbuster 25 years!

1996-1997
• The Applause Series for schools launches in October; 15,000 students and teachers attend the first season.
• The first Broadway subscription series is offered.

1997
• The Phantom of the Opera’s record-breaking five-week run puts Des Moines on the Broadway map. More than 98,000 people attend the engagement.

2006
• Disney’s The Lion King opens for a six-week run, representing the longest single run to date at the Civic Center. The show attracts more than 113,000 people.

2008
• The national tour of Frost/Nixon premieres at the Civic Center.

2011
• The national tour of LaCage aux Folles premieres at the Civic Center.

2015
• Cowles Commons opens in June and provides an opportunity to program outdoor events.
The national tour of The Bridges of Madison County premieres at the Civic Center in November.

2017
• Jeff Chelesvig welcomes the 10 Millionth Guest to the Civic Center stage during the opening night of Something Rotten!

2018
• Hamilton takes the Civic Center stage for a three-week run; Des Moines is the 18th city in the world to present Hamilton.