Tickets for this virtual live stream are sold through Stellar Tickets. For questions, troubleshooting or more information please contact Stellar Tickets at support@stellartickets.com
GET TICKETS

For one night only — and for the first time in nearly 10 months — the Broadway cast of Jagged Little Pill is reuniting for a live performance in New York City... streaming live from the stage straight into your living room!

On Sunday, December 13, join Elizabeth, Celia, Sean, Derek, Lauren, Kathryn, Antonio, and more alongside the Jagged Little Broadway Band for a night of searing performances — and an electrifying dose of collective joy.

In the spirit of the vital #SaveOurStages movement that has risen during the Covid-19 pandemic, this concert event directly supports our nation’s most vulnerable venues experiencing catastrophic revenue loss during this time of suspension for live arts. Performing Arts Centers and Regional Theaters across the nation can sell concert tickets to their subscribers and single ticket buyers exclusively and keep proceeds from those sales to support future programming.

All tickets include access to the Livestream premiere on Sunday, December 13th at 8:00pm ET and On Demand access through Tuesday, December 15th.

Inspired by Alanis Morissette’s Grammy Award®-winning masterpiece, JAGGED LITTLE PILL is “immaculate – charged, confrontational, and uncompromising” (Daily Beast). This electrifying new musical brings to the stage the “joyful and redemptive story of the Healys, a family with a lot of healing to do” (The New York Times).

Tickets for this virtual live stream are sold through Stellar Tickets. For questions, troubleshooting or more information please contact Stellar Tickets at support@stellartickets.com
GET TICKETS 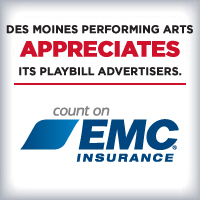