In the face of the everchanging circumstances surrounding the COVID-19 virus, Des Moines Performing Arts is postponing this event. We are working to reschedule this engagement.

"It was all very joyous." Read a recent interview with Chita Rivera as she looks back on her work with Bob Fosse and Gwen Verdon.

Last year, Chita Rivera performed at Feinstein’s/54 Below in New York. Read more about those performances and her career in this New York Times interview.

Be up close and personal with the indomitable Broadway icon CHITA RIVERA as she recreates signature moments from her legendary career. In this unique concert event, the two-time Tony Award winner will take the stage with special guests from Broadway and beyond, to perform numbers from West Side Story; Sweet Charity; Chicago; Kiss of the Spider Woman; Bye, Bye, Birdie; The Rink; The Visit and more. The timeless music of Leonard Bernstein, Kander & Ebb, Charles Strouse & Lee Adams, Jerry Herman and Stephen Sondheim will be featured.

“Chita Rivera is more than a musical theatre star. She’s a force of nature.” - The Associated Press

Please note only children age 5 and over with tickets will be allowed into the theater for this production.
You Make The Difference 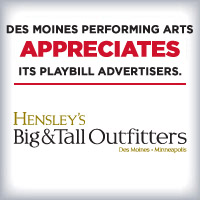