ARTS IN YOUR LIVING ROOM

Discover artists from past seasons, explore their online digital content, and dig deeper with our DMPA study guides. 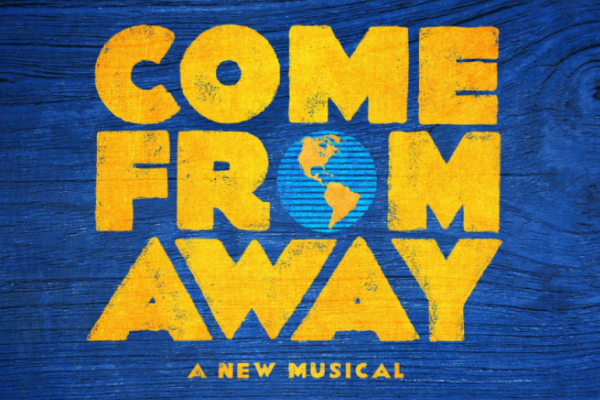 I Am An Islander Project

During this unprecedented time in our world’s history, everyone is grappling with the same issue - restructuring our lives in the face of a global pandemic. As we’re forced to physically move inward, how do we continue to share community with our families, classmates, friends and loved ones?

An at-home version of the I Am An Islander Project gives students the opportunity to process the global pandemic on the level of their home and local community, capturing these narratives in a unique creative project they can then share with the wider world through the COME FROM AWAY channels.

Explore the I Am An Islander Project

Listen to Come From Away Original Cast Recording on Spotify 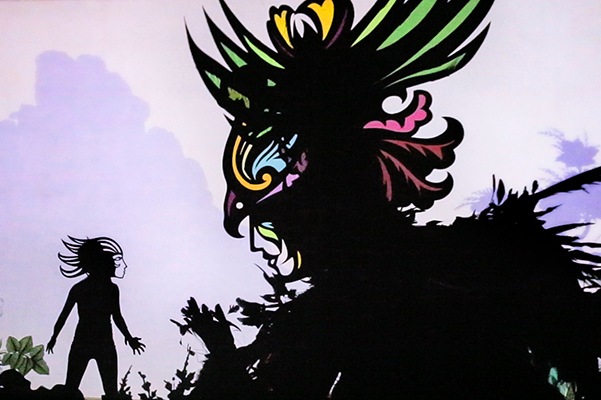 Imagine Romeo and Juliet, Rapunzel, and the Jungle Book all in one story, told over 1000 years ago!

The UNIMA award winning Feathers of Fire is a cinematic shadow play for all ages. It tells the action-packed tale of Zaul and Rudabeh, two star-crossed lovers of old Persia. Told through shadow puppetry, This breathtaking live theater production had its world premiere at the Brooklyn Academy of Music in 2016 and went on to tour around the world in 23 US cities and 6 countries to an audience of over one hundred thousand, including DMPA!

Right now a filmed version of the show is available for a $4.95 rental online, with proceeds supporting the creators developing of their next shadow theater project. See links below for details and resources!

Create your own shadow puppet

Create your own mask

BLACK VIOLIN is an American hip hop duo from Florida comprising of Wil B and Kev Marcus. For over a decade, the classical-meets-hip-hop duo has steadily built a devoted following and a diverse touring base— culminating in such triumphs as two sold-out shows at the Kennedy Center with the National Symphony Orchestra commemorating the 50th anniversary of Dr. Martin Luther King Jr.’s death—while occupying a musical lane that’s entirely its own.

During the spring of 2020, BLACK VIOLIN is streaming a MasterClass Series via YouTube. The BLACK VIOLIN MasterClass (BVMC) Series is an outside the box, live stream interactive workshop that allows students to look at their instruments from a different perspective. Each Tuesday through May 12, catch a new class lead by this dynamic duo.

Dig deeper into BLACK VIOLIN with DMPA Resources and Activities

DIAVOLO|Architecture in Motion, the renowned Los Angeles-based dance company, was founded in 1992 by Artistic Director Jacques Heim, an inquisitive guy who combined his academic background in theater, film, and dance with a passion for architecture.  Thanks to Heim and his talented crew of dancers, designers and engineers, the Company, for more than 25 years, has been applauded internationally for its ability to display surprising movement against a backdrop of elaborately designed space, all while entertaining audiences with what is, in fact, a new art form.

In 2017, DIAVOLO enjoyed an especially extraordinary season, highlighted by Heim’s creation of five new pieces for Season 12 of NBC’s hit series “America’s Got Talent.”  One of the Top 10 contestants to reach the show’s finale at Hollywood’s Dolby Theater, the Company was seen by over 90 million television viewers.

DORRANCE DANCE is an award-winning tap dance company based out of New York City. The company’s work aims to honor tap dance’s uniquely beautiful history in a new, dynamic, and compelling context; not by stripping the form of its tradition, but by pushing it – rhythmically, technically, and conceptually.

Three to One excerpt

LISTEN TO THE REMINDERS

YAMATO - THE DRUMMERS OF JAPAN

YAMATO was founded by in 1993 in Nara, ‘the land of Yamato” which is said to be the birthplace of Japanese culture. YAMATO travels all over the word with Japan’s traditional Wadaiko drums, putting its very souls into the unusual instruments, whose sound stirs the hearts of people everywhere.